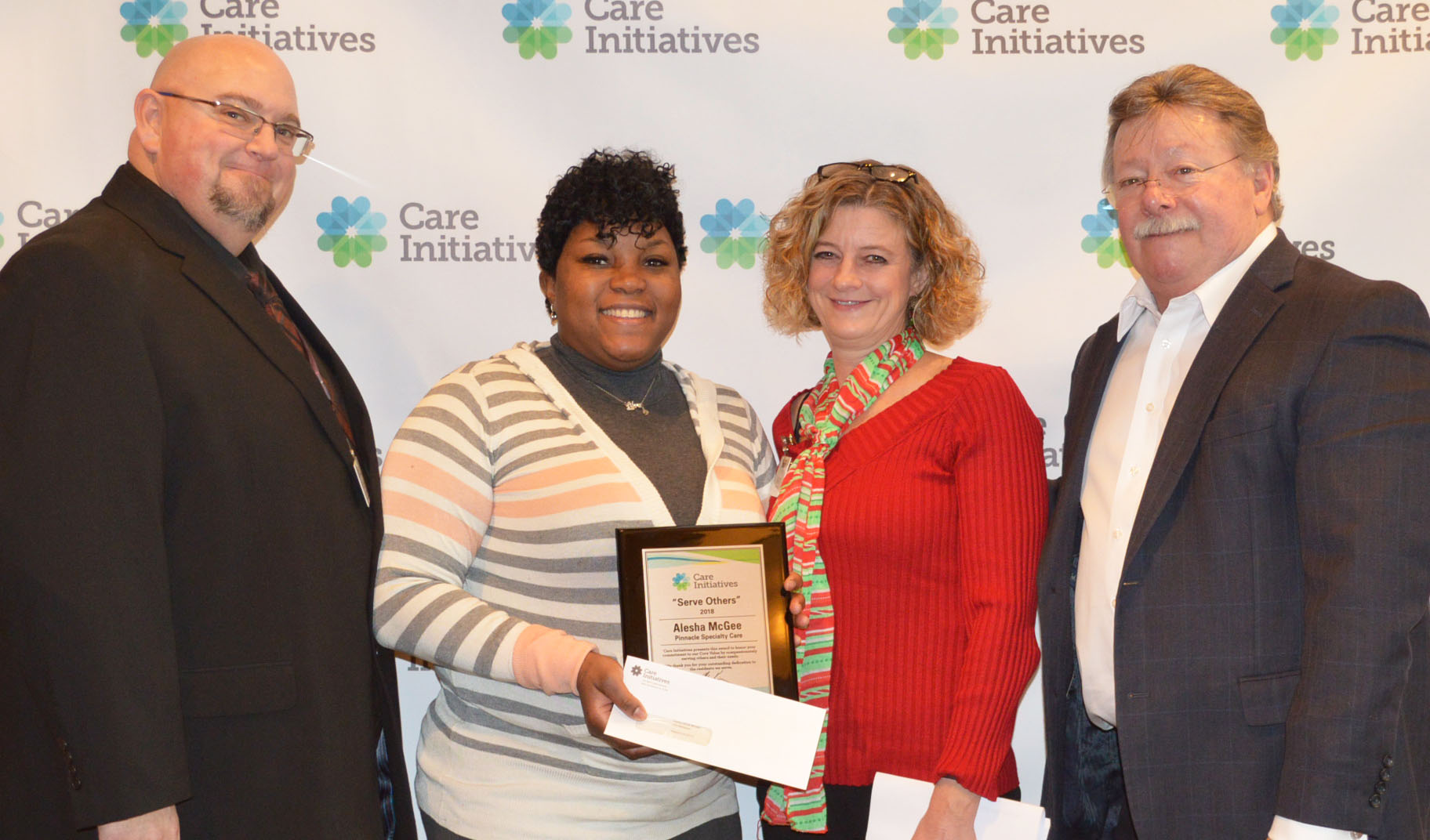 Just weeks after joining Pinnacle Specialty Care, McGee was put to the test and followed through with a smile. “Shortly after Alesha started, our dietary manager left and Alesha stepped in and tackled the duties for breakfast, lunch and dinner. All of our residents had their meals that day because of Alesha,” says Administrator Kristie Kremer.

McGee was called on to step up again when the new dietary manager needed significant time off. “Alesha took on the role and ordered groceries, managed the weekly food budget, scheduled staff and cooked,” Kremer says. “And, she goes above and beyond for the residents making sure if they ask for something, they get it.”

“Alesha is also great with the rest of the staff pitching in when needed, communicating well with others. She’s a great team player and this attitude helps in providing the best care for residents,” Kremer adds.

The Serve Others Award is one of six Core Value awards given to a nominated employee throughout our statewide organization of 3,000+ employees.