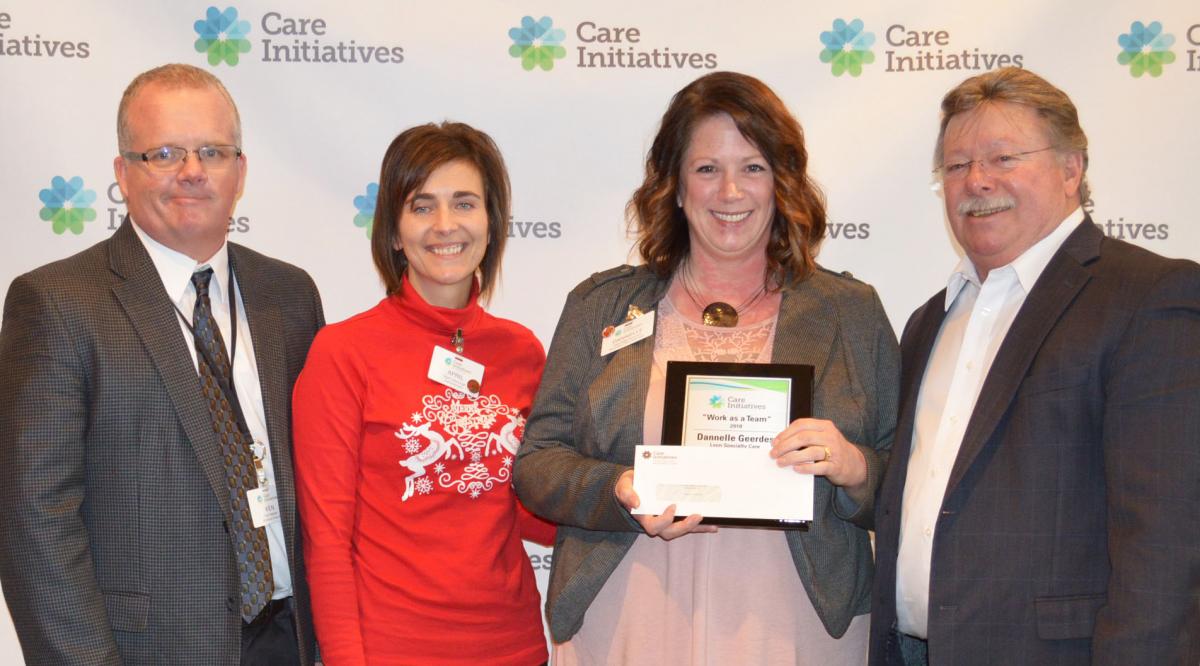 In 2012, she was promoted to Business Office Manager.  But she was constantly asked to pitch in as a CNA, and she did so willingly often times coming in early before she started office hours, staying late or even picking up a weekend CNA shift.

“Last February, a blizzard was forecast and the entire evening shift called in. Dannelle stayed and worked,” said Administrator April Jennings, adding that she also has filled in on an evening shift even after a full day in the office.

In April, the restorative aide was injured and unable to work, so Dannelle assisted helping residents get their required exercises done. She has also helped out in the kitchen doing dishes and other dietary aide duties.

“Even when she is doing her designated job in the office, Dannelle is great at problem-solving schedules, helping families with financial paperwork and she’s even learned to troubleshoot different equipment like the garbage disposal when maintenance staff aren’t around,” Jennings said.

“I am – we are – so grateful for Dannelle and her dedication to teamwork,” Jennings said.

The Work as a Team Award is one of six Core Value Awards given to a nominated employee throughout the statewide Care Initiatives organization of 3,000+ employees.