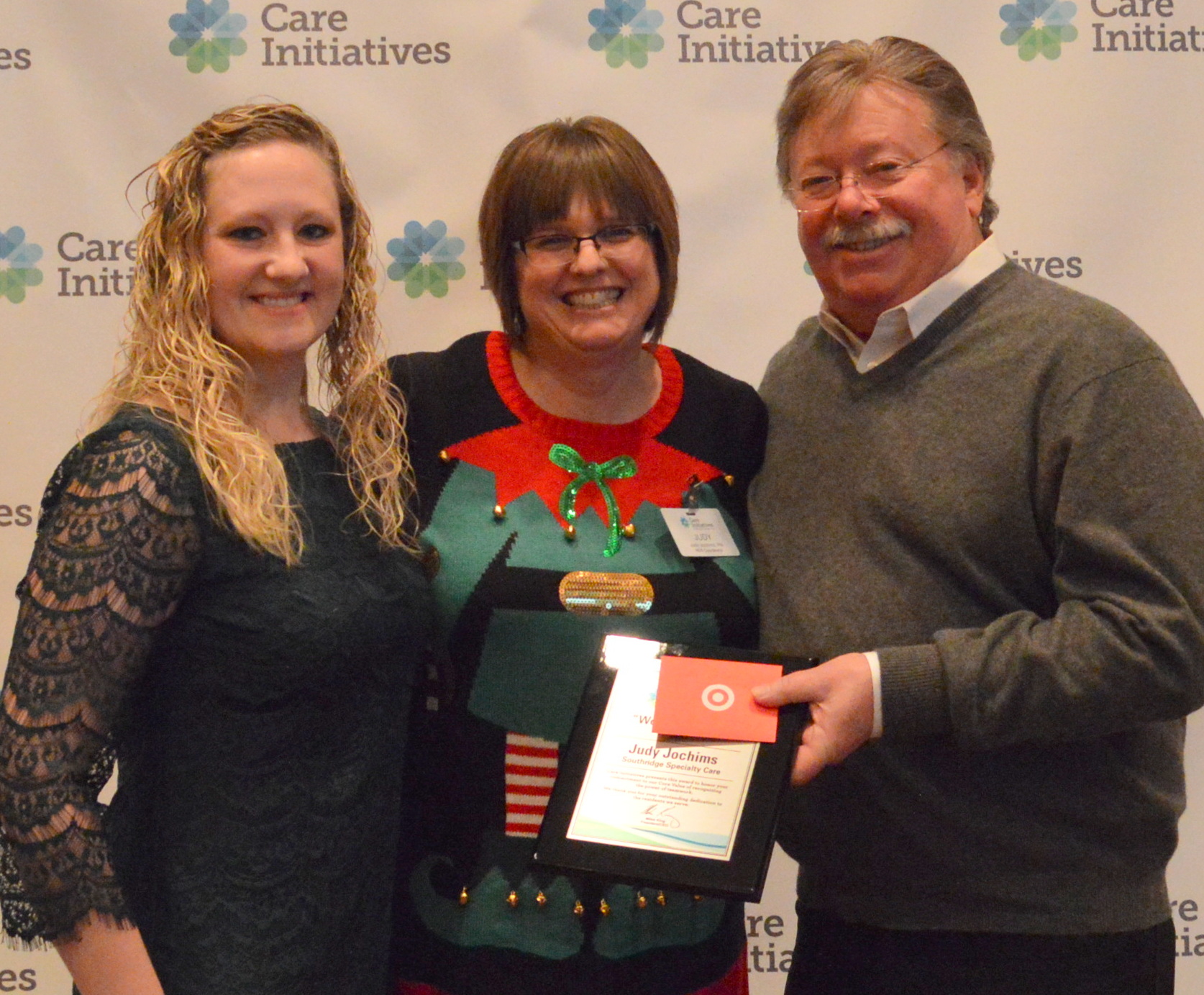 Judy joined Southridge in August, 2002, as a CNA, then earning LPN and RN and finally becoming the facility’s MDS coordinator. “She is the ultimate team player,” says Adminstrator Charissa Bassett. “She is one of the most positive people I have ever met.  This positive demeanor not only gets her through the tough days, but gets our team through them as well. As a new administrator here, Judy was the first person to help with any question I had.  She served as interim Director of Nursing through a tough transition and when we hired a permanent Director of Nursing, Judy was right there to guide her along.”

“Judy reminds us all to work as a team because we are all one department and we are all here for the residents. She helps with so many little things, which don’t seem like a big deal, but they truly are,” adds Bassett. “She is irreplaceable.”

The Work as a Team Award is one of six Core Value Awards given to a nominated employee throughout our statewide organization of 3,000+ employees.