McDyer selected for 20 under 40 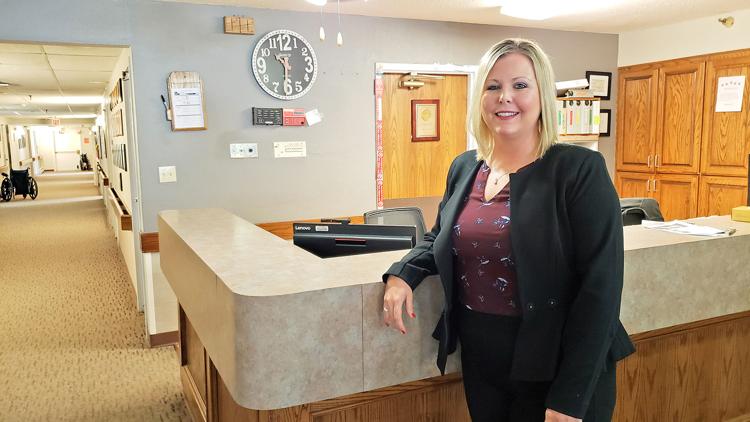 SIBLEY—Since Jessica McDyer’s first job at the age of 16 she knew what she wanted to do with her life.

“I worked in housekeeping at a long-term care facility, and I soon realized that was what I wanted to do with that my life,” McDyer said. “This was the environment that I wanted to work in.”

She earned her certified nursing assistant degree while attending at Hartley-Melvin-Sanborn High School in Hartley, which she graduated from in 2002. She continued to work at Community Memorial Health Center in Hartley for a time while she was in college.

She went on to attend the University of Iowa’s Tippie College of Business in Iowa City where she earned a bachelor’s in management and a minor in gerontology.

“I decided to pursue administration after volunteering for a whole summer to shadow and help out the administrator in Hartley to get a real grasp on her role,” McDyer said.

After graduating from Iowa in 2006, she did her practicum work, a total of 720 educational hours, in Hartley before she passed her test and officially became a licensed nursing home administrator.

She took her first job as an administrator in 2007 at Care Initiatives Sibley Specialty Care, which is where she works to this day.

Her job as the administrator has her overseeing such aspects as finances, advertising, human resources, state and federal regulatory compliance and pre-screening patients for admission — just to name a few things.

McDyer serves on the Northwest Iowa Healthcare Association as district chair as well as on the Iowa Healthcare Board, which is concerned with the statewide policies and legal areas associated with long-term care.

While serving as the administrator, Care Initiatives Sibley Special Care earned a bronze and silver awards from the American Health Care Association after demonstrating the quality of care it offer its patients through data and anecdotal evidence. McDyer said staff members are focused on earning the gold award.

McDyer also is proud the facility has received five deficiency-free surveys during her time as administrator. She said a typical survey produces an average of six deficiencies.

“It’s not me solely, it’s really my team. I am very proud of my team who have worked so hard to make changes and improvements,” McDyer said.

When she is not at work, McDyer enjoys spending time with her family. She and her husband, Dave, own McDyer Tools and they have two children, Lincoln and Addison.

More than a decade after taking the job as an administrator in Sibley, she knows that she made the right career choice at the age of 16.

“I just love the residents and getting to know their story,” McDyer said. “There is a misconception about people once they get to a place like this, but I’ve found that I have learned a lot from them and they have lots of real-life experience to share if you are willing to listen. I get a lot of good advice.”