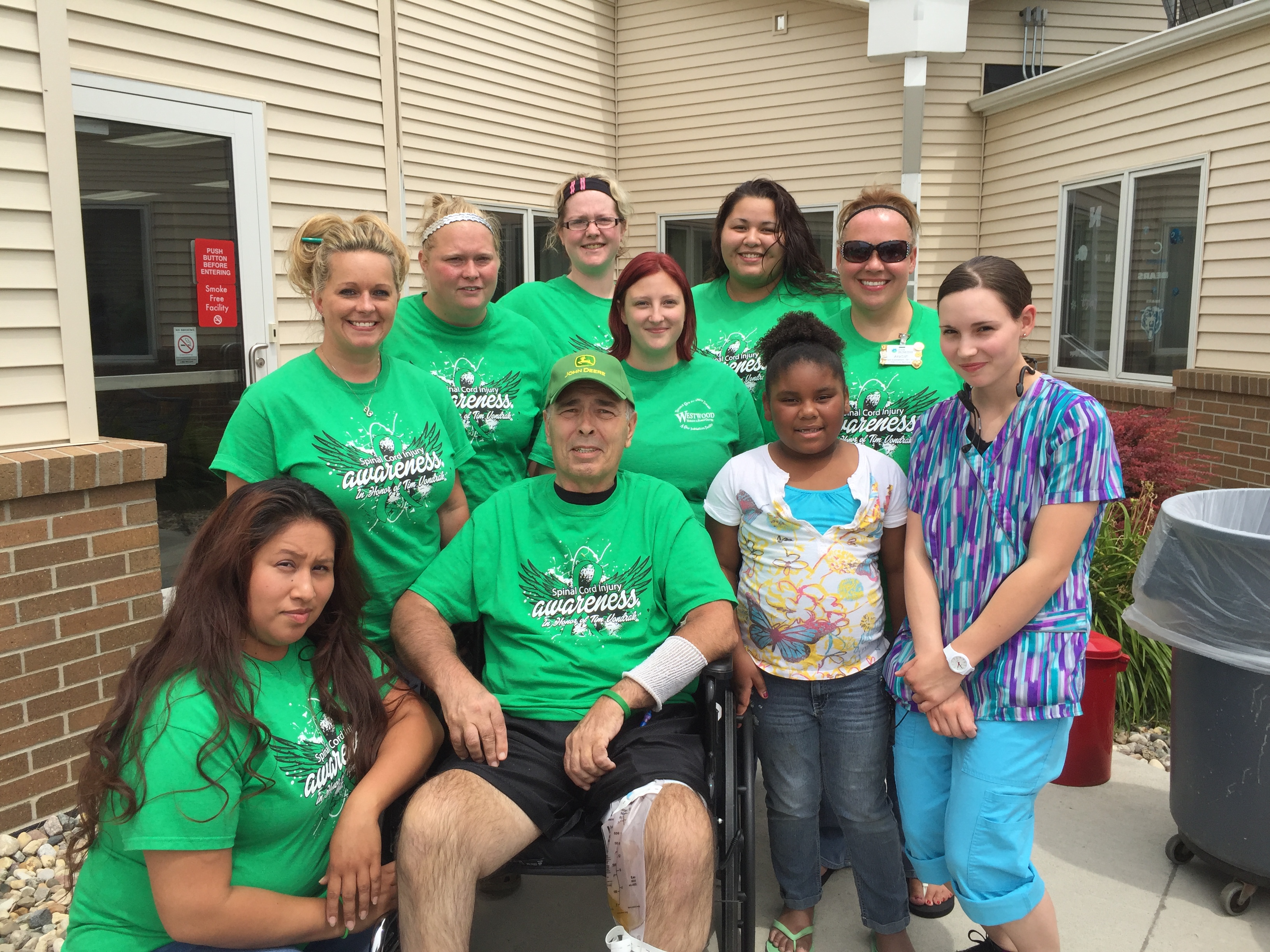 Tim was admitted to Westwood in March after a fall from a grain bin that left him paralyzed from the waist down. Upon admission, Tim was on bed rest and could only be log rolled. He is now able to sit up in a wheelchair. Tim uses a slide board for transfers and has even been out on a couple car rides with his wife to check the crops. He has been an inspiration to all of us on his road to recovery.

Westwood's NAHCA member Allysen Pierce was monumental in making this event happen for Tim. A benefit was held in June in Tim’s home town of Merrill, Iowa, but Tim did not feel he would be able to tolerate being up for that long. That’s when Allysen started putting plans together for the benefit at Westwood. Allysen sold the same T-shirts that were sold at the Merrill benefit to staff and collected the money. Allysen also painted the canvas board that the staff and those attending the benefit could write “well wishes” and words of encouragement for Tim. Allysen was able to keep the surprise from most of Tim’s family but she did enlist his daughters so extended family and friends could attend. We had a great turn out! And we successfully surprised Tim and his wife, Sandy.

Between the shirt sales, a donut sale and donations from the benefit, the NAHCA team raised $1202.18 for Tim and his journey. Allysen, Jodi and Heather presented Tim and his wife with the money on Friday afternoon. Tim has hopes of being accepted to the Madonna Rehab program in August. [Submitted by Angela Campbell]